Johnny Pugh has been the Daily Mail pocket cartoonist for the last 10 years,
and before that did the same job at The Times. He lives and works in Salisbury. 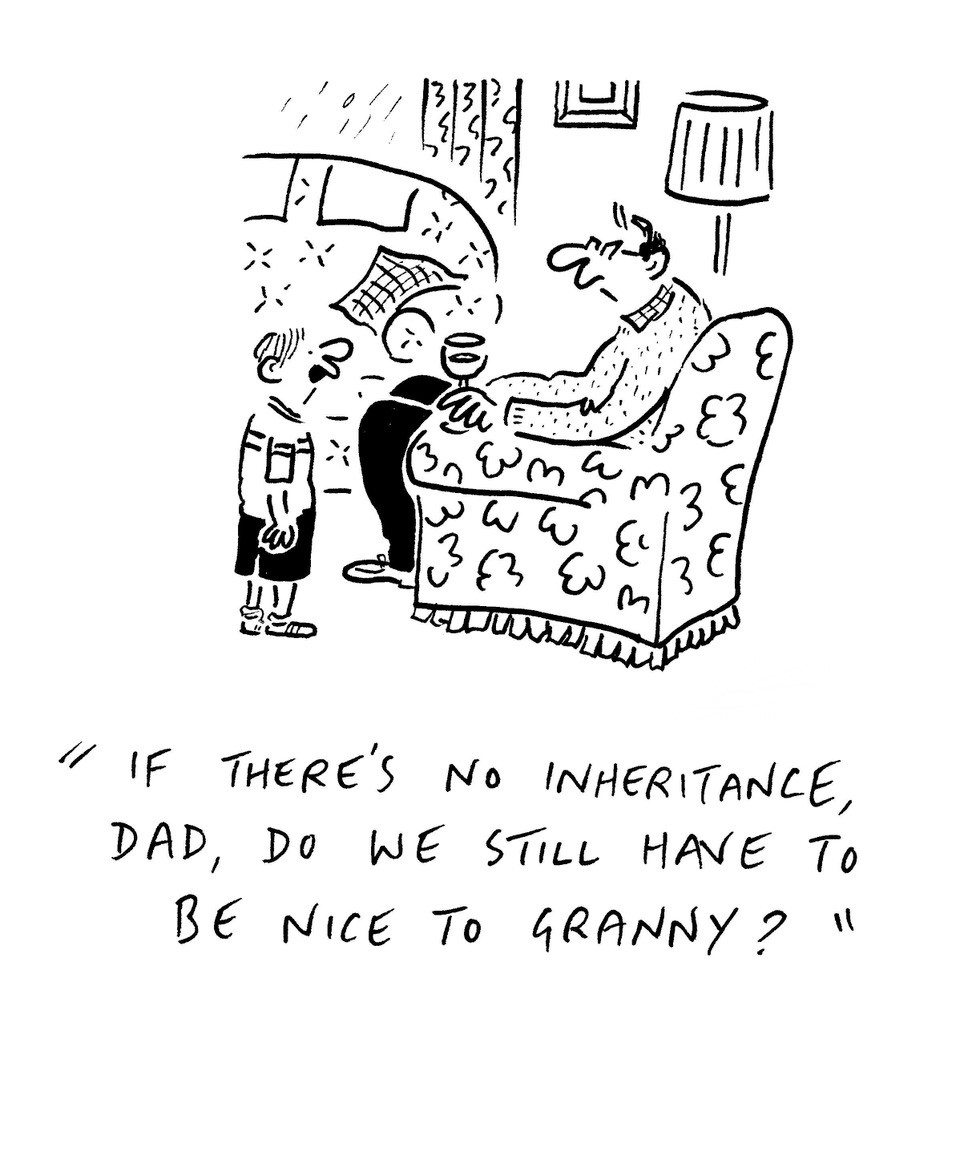 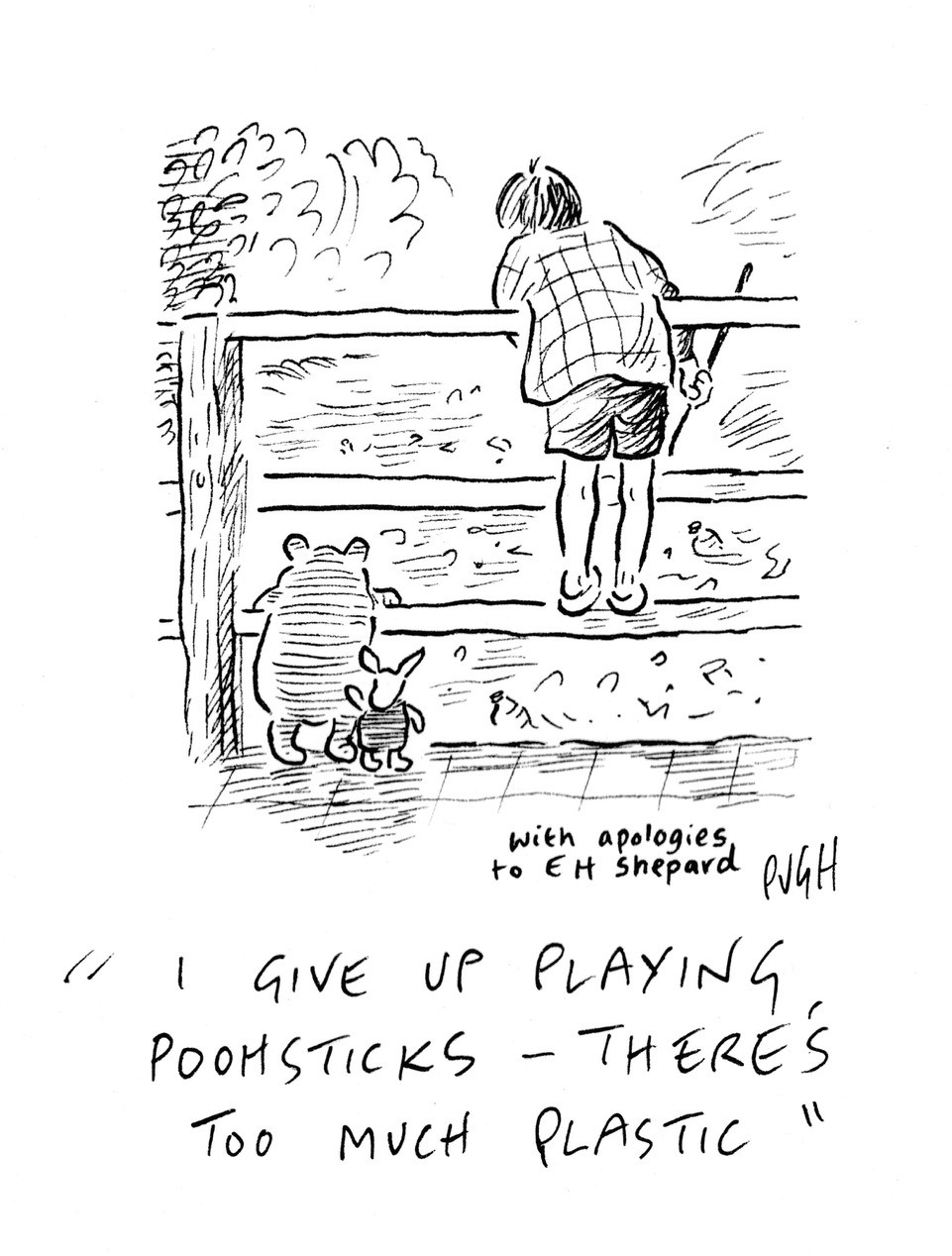 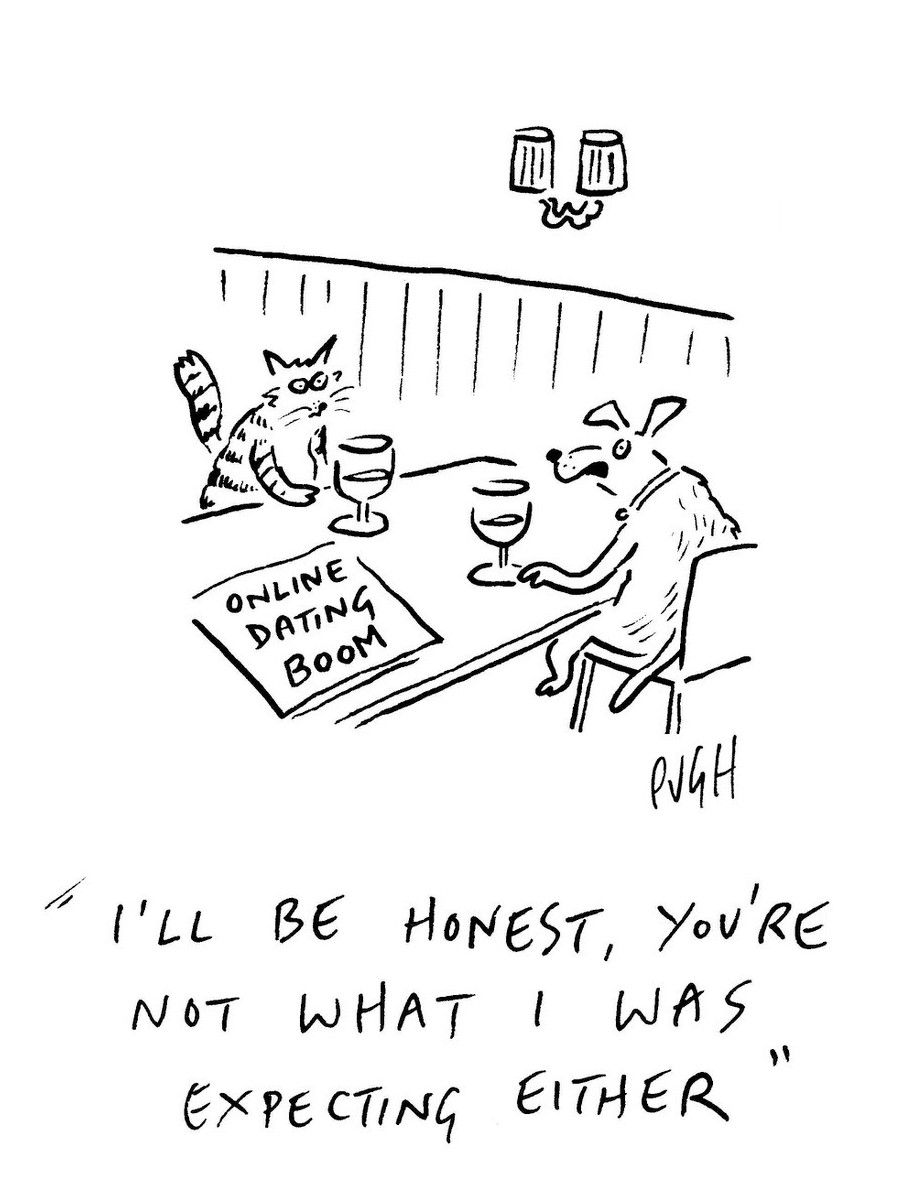 Johnny, how old were you when you first thought you'd like to be a professional artist?

Probably about six. But I wanted to juggle it with my career of playing football and cricket for England! Fast forward 20 years and I found myself teaching art and games at a prep school. Dreams of breaking into the advertising world fizzled out and doors into the art world seemed firmly closed. In many ways I felt too young to teach; I wanted to be doing art rather than trying to teach it.

Did you experiment with other art forms before settling on cartoons?

Yes, I did, but a school house art prize was the height of my success. When you’re 17-years-old trying to paint like Caravaggio or Vermeer it’s never going to end well!

It was no great surprise that I failed to get into art school. If I had done, who knows what might have happened. Years of struggle, I suspect … and I doubt the cartooning would have taken off. 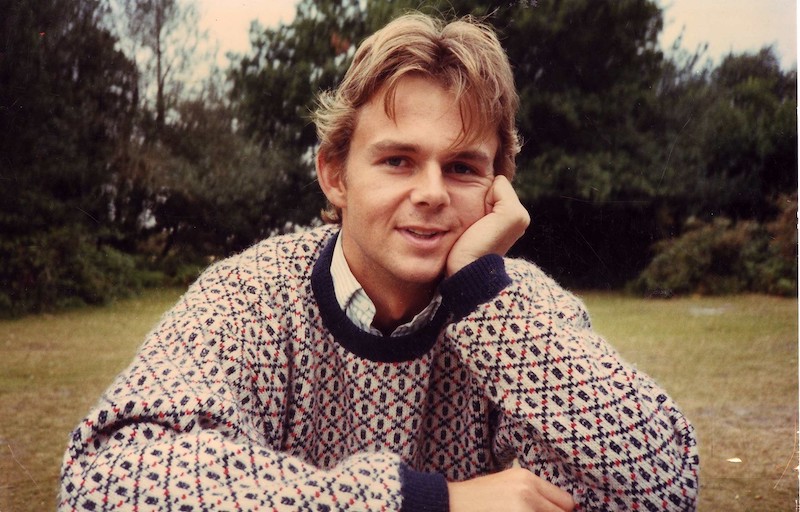 Teaching at Horris Hill,  1986, before I'd decided to give cartooning a go

Who gave you your first paid commission?

The Literary Review. £25 for a cartoon. The thrill was immense! 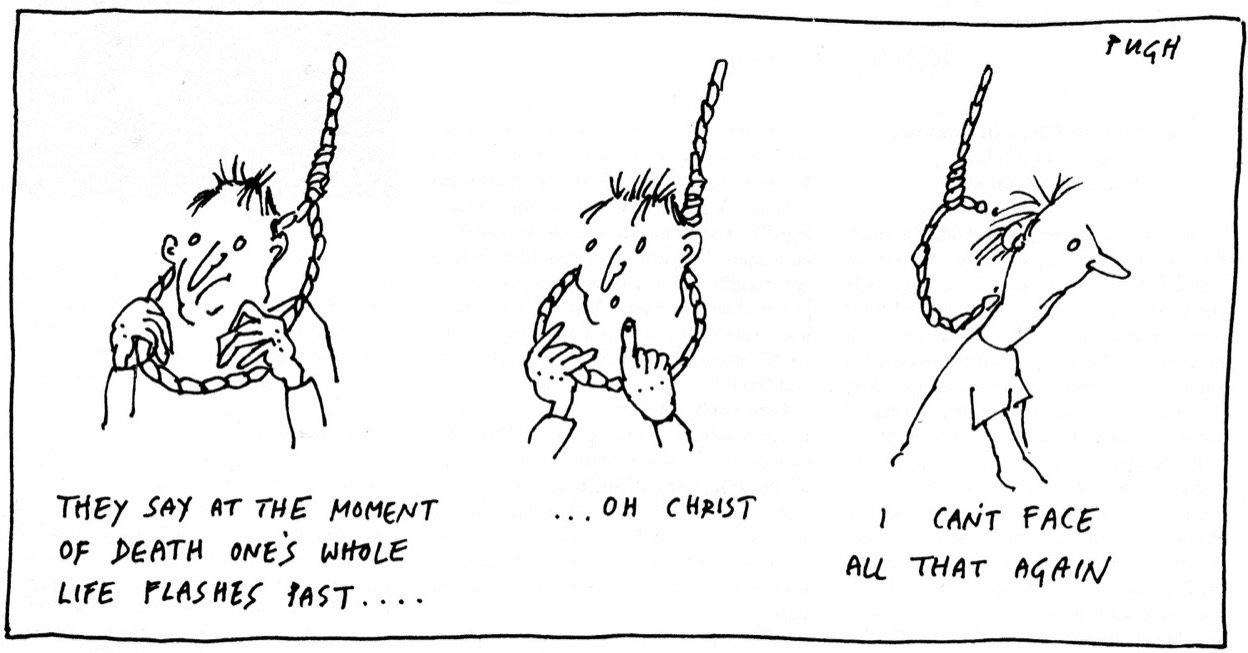 Did you get any lucky breaks?

Yes, several small ones which in hindsight were pivotal. My first regular weekly cartoon was with a trade magazine called ‘Bus Business’ which was a tremendous apprenticeship of sorts. Once you're able to draw the interior of a coach or a bus depot you feel you can draw anything – it set me up well for later challenges.

I was also very lucky to have a cartoon editor at Punch, Steve Way, who took an interest in my work in the early ‘90s, and gave me great encouragement and self-belief. Initially, rather than just returning my submissions with a 'sorry’ slip,  he’d actually write and explain why he hadn’t chosen them. This was unheard of! To have ANY feedback at this stage felt wonderful and really spurred me on.

But the BIG break came out of the blue one Friday evening in 1995 when the Art Editor of the Times, who I’d never met, telephoned me. Would I like to do the daily cartoon for the Times Diary? I felt I’d won the lottery! I had been faxing ideas to the paper for several months with the occasional one being published in the Saturday Weekend section – but it was the most unexpected and welcome call.

What time do you start thinking about the next day’s cartoon?

Lunchtime is when the cogs starting spinning into action. News tends to gather pace as the day progresses so I try not to worry myself silly in the mornings unless of course there’s a huge story bubbling. I will always present my editor with a minimum of eight ideas, sometimes as many as twelve. Some ideas may pop into my head in seconds, others can take half an hour or so of quite intense thinking. 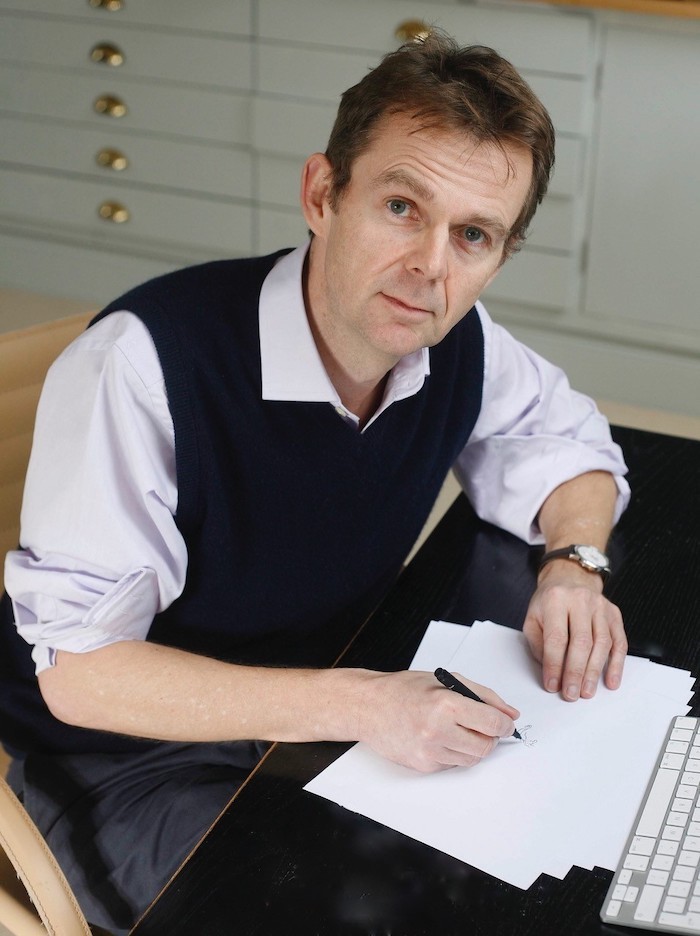 Getting some ideas down for The Daily Mail, 2010

Do you get feedback from Mail readers?

I do get some some feedback which is generally very kind. My cartoons only appear in the paper, and very rarely online, which may explain why.

If you became pocket cartoonist for The Guardian, could you adapt your perspective?

This may surprise you but I would hope that I wouldn’t have to adapt too much. As a pocket cartoonist I like to have a dig at all politicians regardless of their party whenever their behaviour merits it. It would, of course, be a very different matter if I was doing the main editorial cartoon! 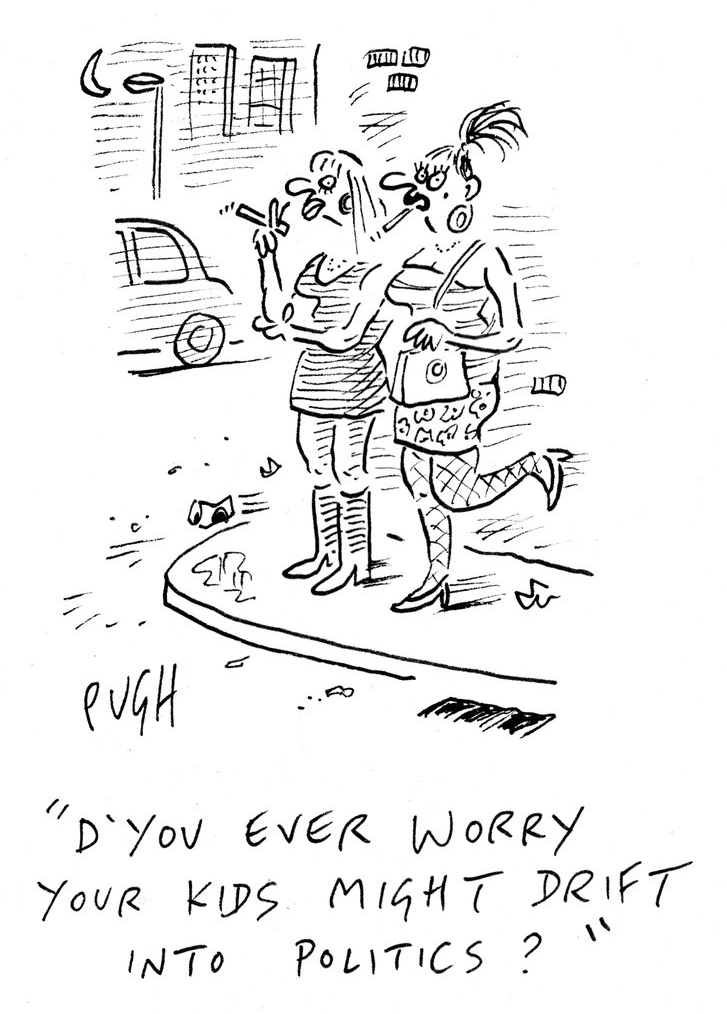 How much do the gags reflect your personal view of life and how much what you perceive to be the views of Mail readers?

I often feel exasperated, battered and bruised by the news and the awful iniquities life seems to throws at us – so my DNA is very much lurking in my cartoons. I don’t want to shock or do crude jokes and I suspect many Mail readers feel the same.

Are there any cartoons that you’re really proud of, and why?

It feels particularly satisfying coming up with a joke that works when the topic is a tricky or delicate one such as the War on Terror or the troubles in Northern Ireland. It’s hard to pinpoint one, and maybe I’m not the best judge. This IRA cartoon was published in Punch 29 years ago when I was just starting out and much of my work was getting rejected. The drawing won’t win any prizes but I was happy with the joke. 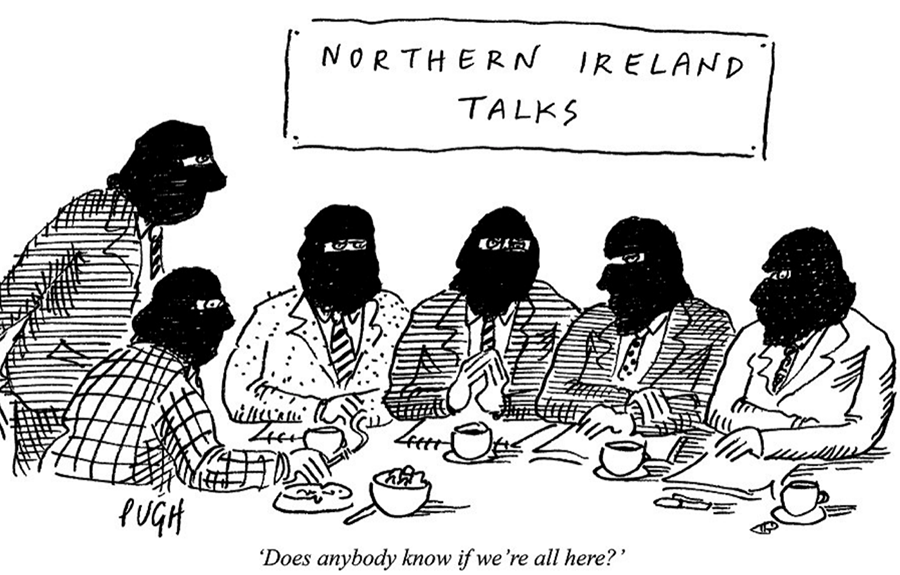 © Punch   High quality prints, digitised from 30,000 of the best original
Punch Cartoons, are available for purchase from punch.co.uk

The Daily Mail has been publishing about 15 cartoons of mine a week now for over ten years which makes it quite hard to choose a particular one. I stumbled across this joke the other day from 2013 which I’d completely forgotten about, but it would up there for me somewhere ... 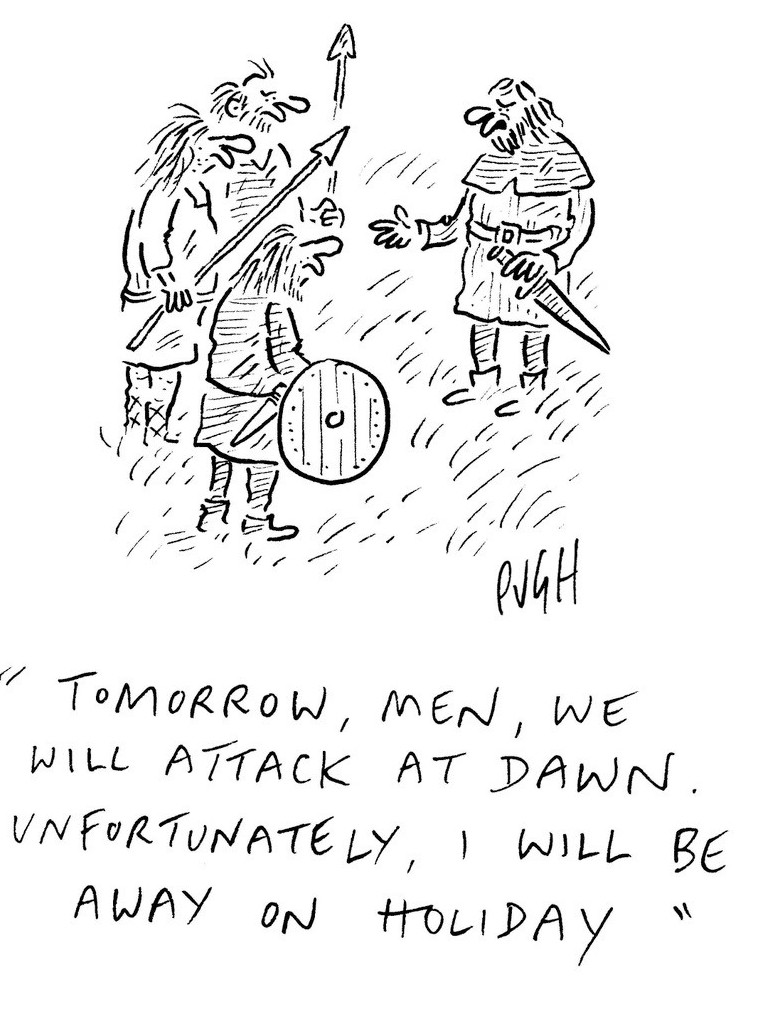 When the Skripal poisoning happened on your doorstep, were you able to get laughs out of that?

No, I avoided the topic. If people are getting hurt I steer well clear.

Has ‘wokeness’ restricted the subjects you can cover, and is it a good or bad thing?

It puts the brakes on and makes you think three times about any cartoon you do. Maybe that’s a positive thing but it is also an inhibiting factor which is not always good for cartoonists. Humour’s a strange thing and the funniest jokes are often near the edge. If you keep pulling back because you’re always worried about how some people will react you're falling down a slippery slope. 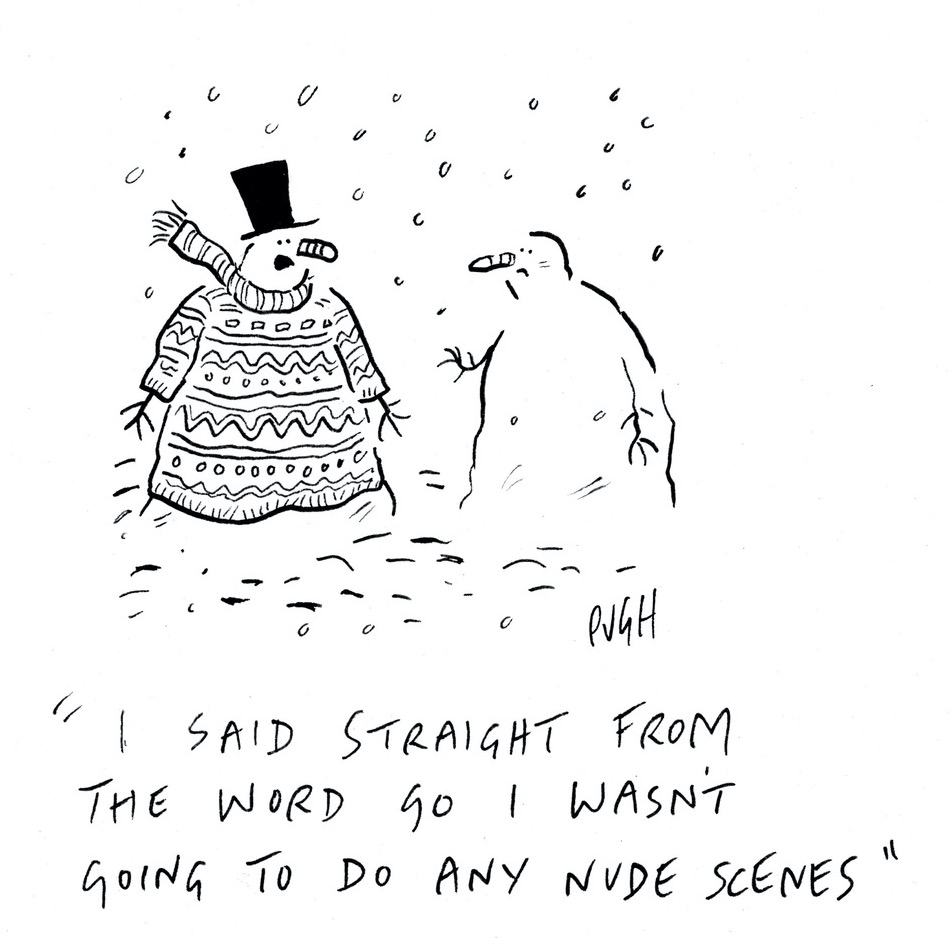 So many wonderful things about the job:

• The thrill of working for a national newspaper and seeing one's cartoons in print. After years of struggle I know how lucky I am.
• The feeling [mixture of adrenalin and relief] when an idea clicks into place.
• Doing what I love doing. I could not imagine doing anything else.
• Following the news. Reading the sports pages and convincing myself that I’m working.

• The rising feeling of anxiety when my deadline is approaching and I’m still staring at a blank piece of paper, with no idea in sight. Happens more often than I’d like to admit.
• Drawing horses.
• Having an idea I like rejected.
• Trying to find a fresh angle on a news item that I may have tackled 30 times or so in the past. You can’t recycle yourself!
• The sheer frustration when I can’t get a drawing right.
• It’s a solitary job.

There’s was a glorious cartoon I saw in the New Yorker some time ago. Written on a gravestone was:  ‘All that Kale for Nothing’. How can I possibly top that? 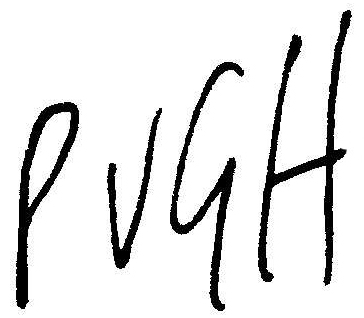 What is a Bulletin?

The Jenks&Co Bulletin is an email highlighting the most recent profile interviews on Jenks&Co, and it also has details of any competitions we're running, special offers, and other news.

We send our Bulletins at irregular intervals, when we've got something interesting to say. So if you haven't opted in yet, give it a try!