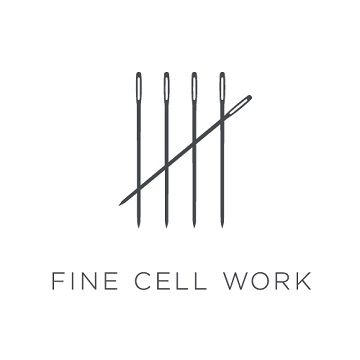 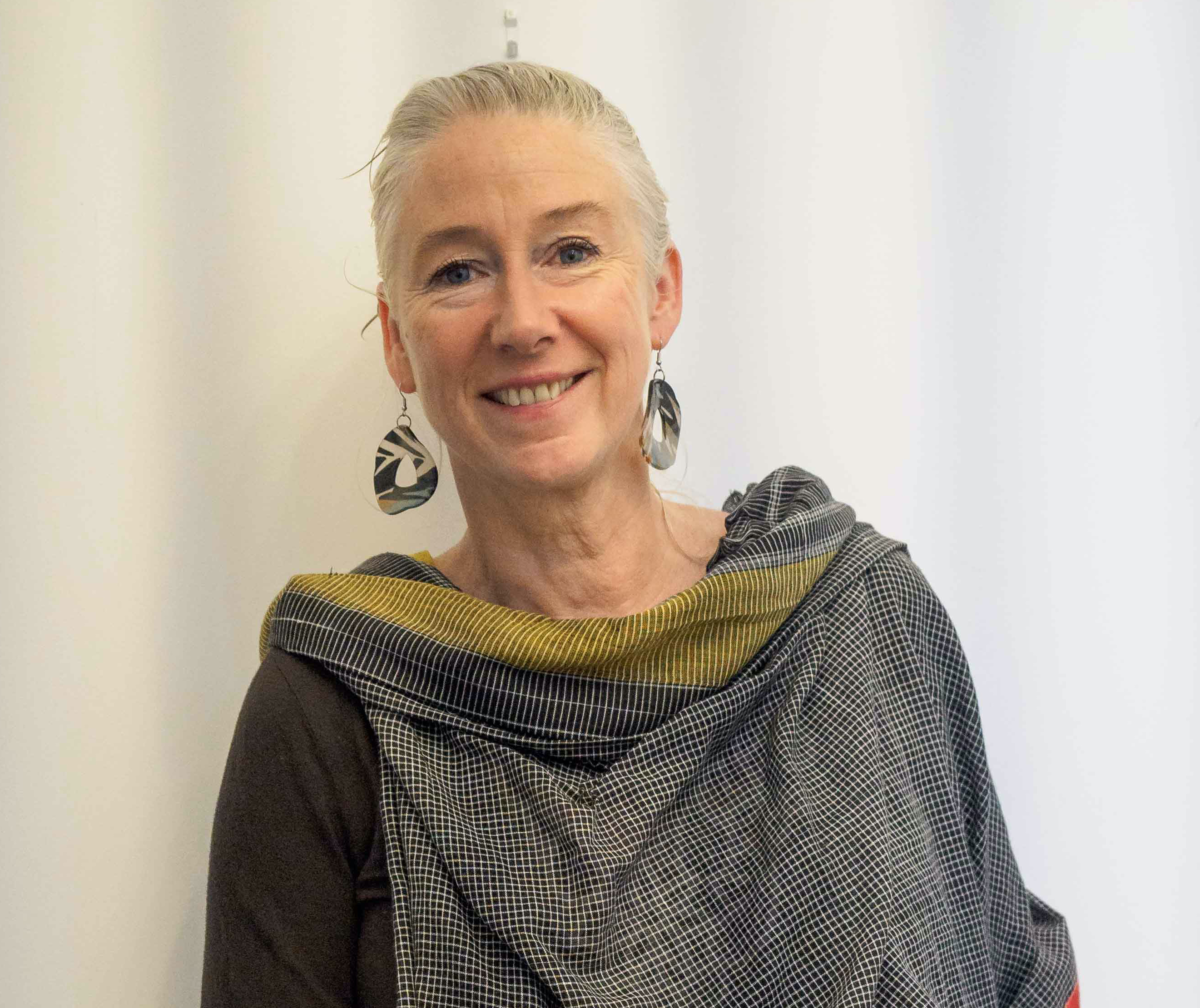 KATY EMCK is the founding director of Fine Cell Work, the charity which trains UK prison inmates in needlepoint, and sells their high quality cushions, quilts and other products online and through designer boutiques.

Katy, how did you get involved in Fine Cell Work?

In 1997 when I was in my early twenties I had a friend called Isabella Tree. She was the daughter of Lady Anne Tree who was looking for someone to help start a charity which would teach needlepoint to prison inmates. Lady Anne had been a prison visitor for decades, and was convinced that needlepoint was perfect for people locked in cells for hours on end and that, as well as being good for their self-esteem, the cushions which they created would be something she could sell.

Were you qualified for the role?

Not really! Isabella put me forward because I'd just come back from a theatre tour of American prisons, so I had some experience of the prison environment. I knew nothing about needlepoint or stitching, though.

What did you have to do?

My job was to contact prisons within an hour of London and suggest that they let a volunteer come in and teach needlepoint to their inmates, then, as they became more skilled at it, to let them produce our designs for commercial sale. We only had £2,000 of funds at the start so we had to get a prison to say yes quickly, or we'd run out before we'd even started.

Did prisons take to the idea?

Yes, they did. All governors know that the key to a peaceful prison is to keep inmates busy. Bordeom is what causes trouble and the thing about needlepoint is that it takes a lot of time – something prisoners have – and is totally absorbing. So the basic idea was good. Also, we weren't asking governors for any money, which helped. One of the Kent prisons  – I think it was Maidstone or Cookham – agreed to a trial. It went well, and that encouraged others to sign up. We now work with 33 up and down the country. 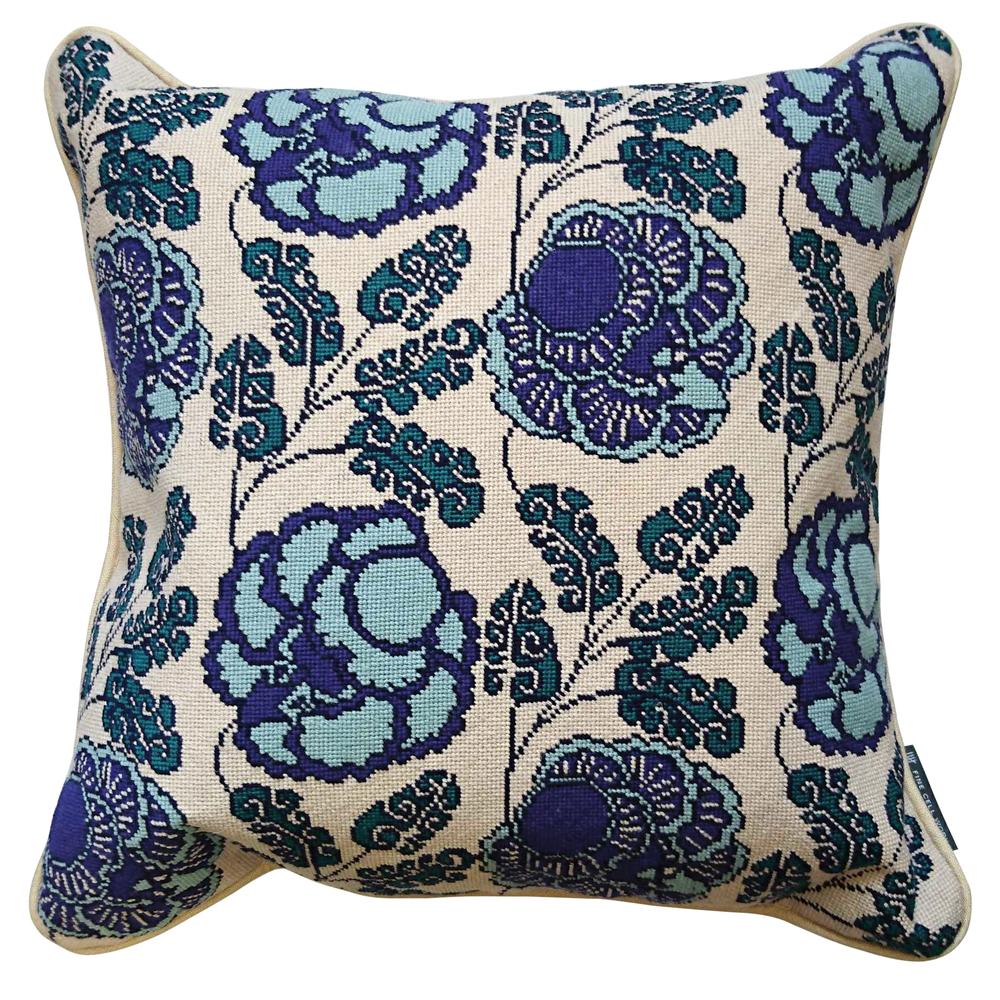 Over 130 hours of intricate hand-stitching goes into this wool cushion designed by Neisha Crosland. 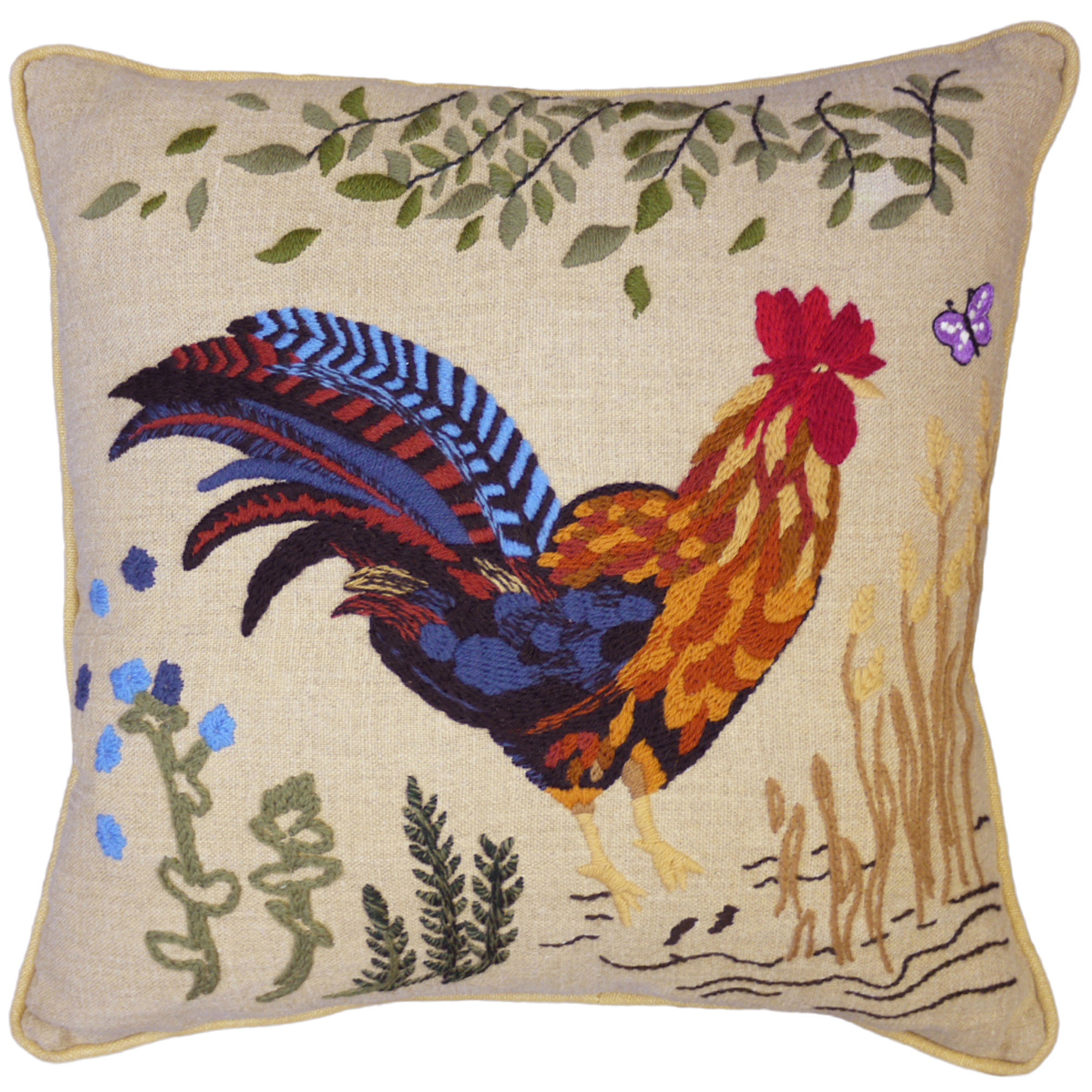 Elaborate crewel embroidery in rich shades of green, blue and red does this cockerel proud. 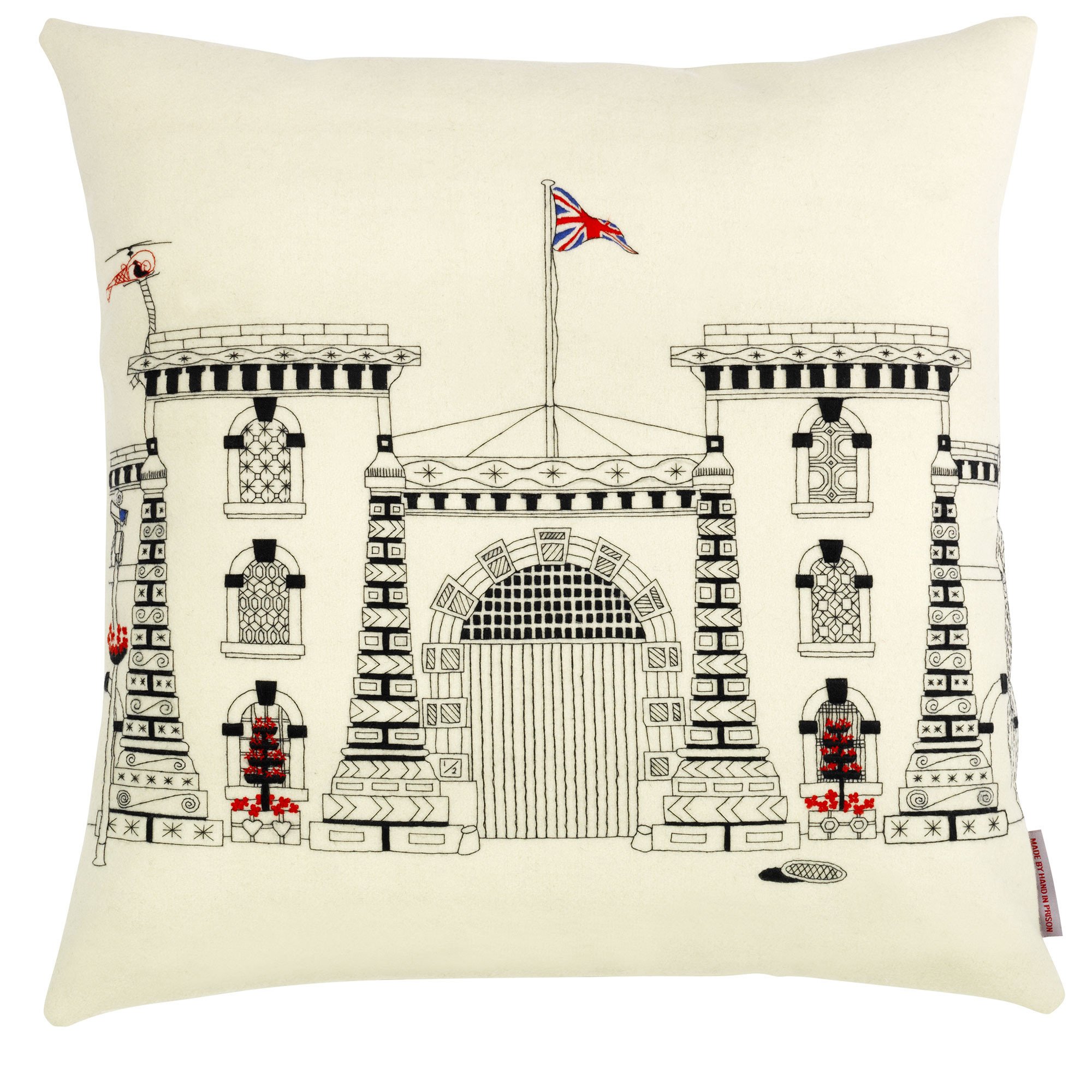 What about prisoners themselves - how did they feel about doing needlepoint?

Prisoners have always done craft work, so needlepoint isn't as strange as it sounds. Not every prisoner likes it, but those that do, really do. They enjoy being busy, they enjoy the creative side, they like making a quality product, and of course they like being paid. The pay isn't enough to motivate someone who doesn't want to do it, but for those who catch the bug, it's a bonus. 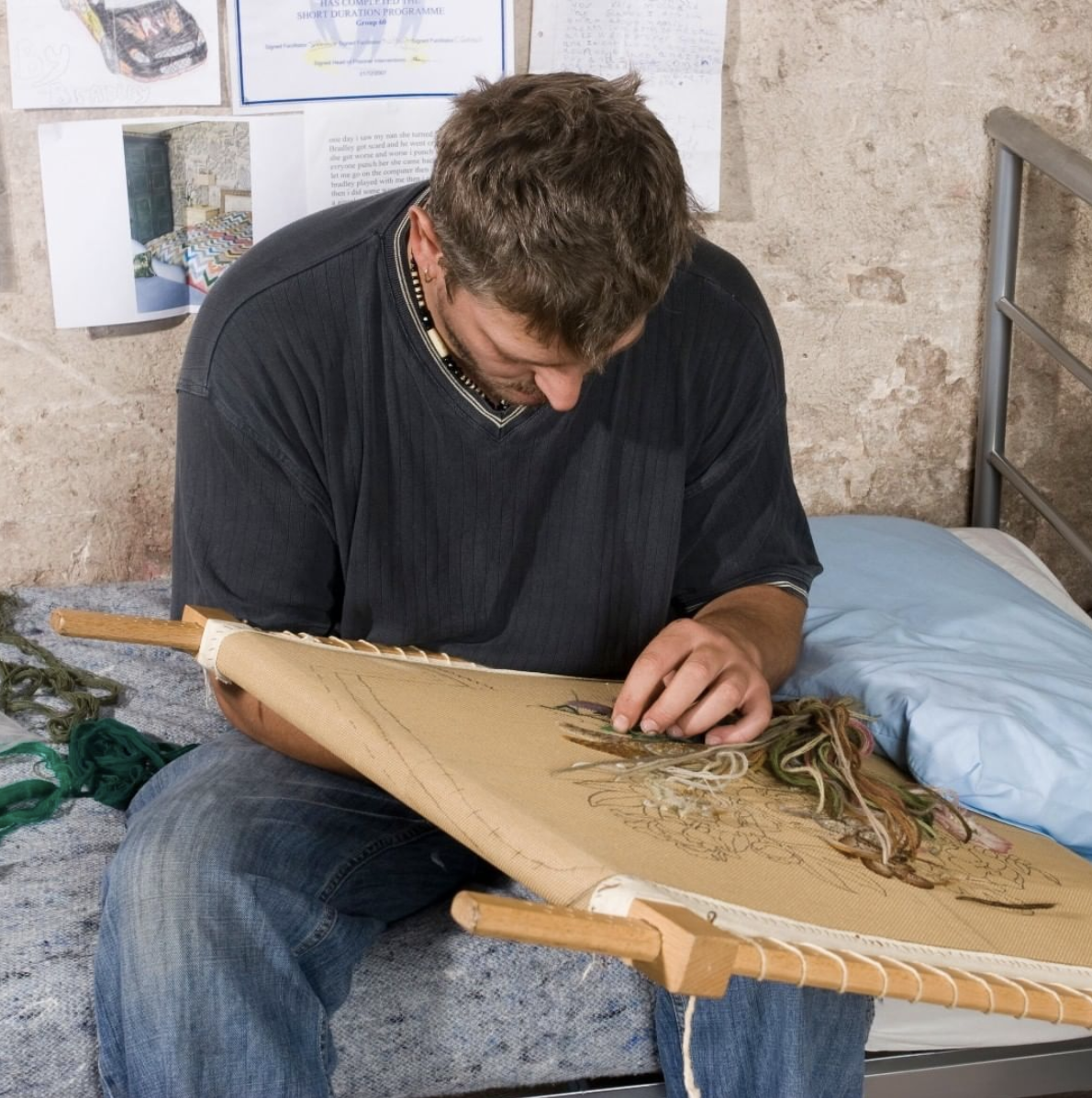 Are the skills they learn useful on release?

Definitely. It's often said that coming out of prison is as hard as going in. The soft skills that they learn from our programme – self-discipline, a work ethic, pride in making something – are vital if they're to have a chance. Apart from the soft skills, neeedlework and in particular machine-sewing skills are employable skills.  Our re-offending rate is about 3% compared with 46% nationally, which tells you something. 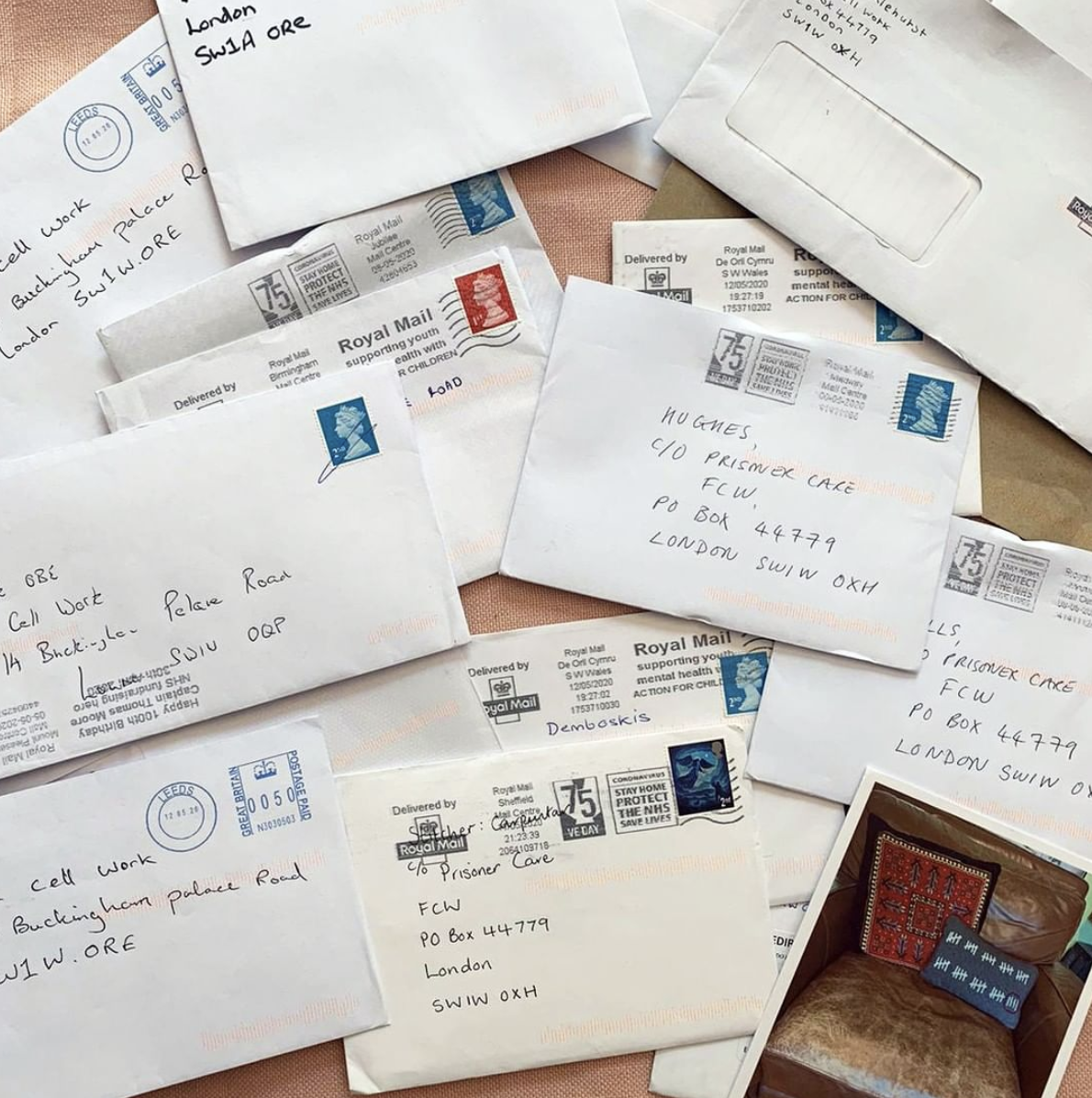 Thank-you letters from customers are much valued.

Fine Cell Work products command a premium price. Why is that?

A few reasons. Firstly, needlepoint is expensive. So many hours of stitching go into each cushion – 300 on some of them – and every item goes in and out of prison three times from start to finish, so it's a costly process (we've made a video which explains more).  Secondly, we pay the stitcher a share of the selling price, usually a third, with bonuses awarded for particularly fine stitching. After material and other costs,  that leaves about a third going back into the charity pot. We've found that people who buy our products are happy to pay the price because they realise they're getting something which is beautifully designed, handmade and often quite unique.

Have the collaborations with designers been successful?

Yes, they're very important to us, firstly because we get beautiful original designs, and secondly because well-known names help sell the items. Some of our classic designs like Melissa Wyndham's 'Pineapples' and AA Gill's 'Prison Calendar' continue selling year after year. 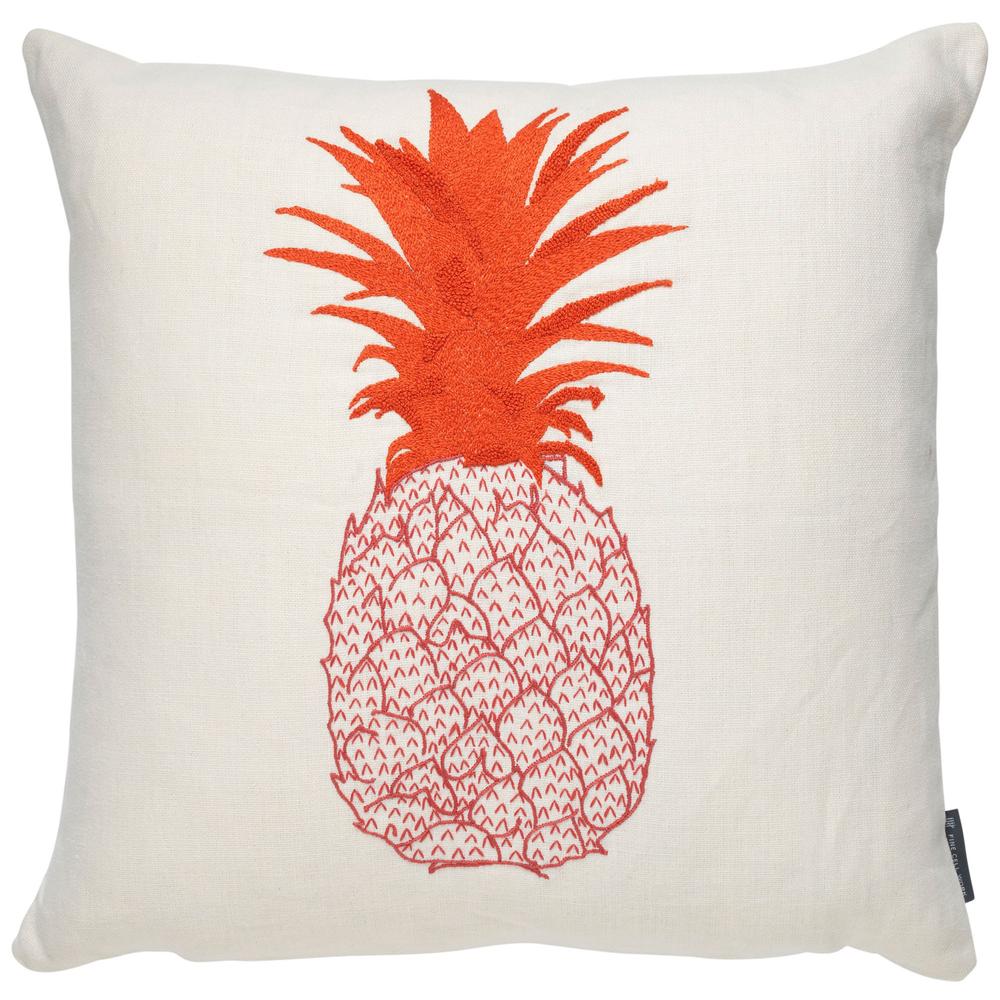 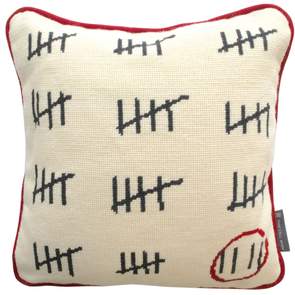 “The design of a calendar scratched into a prison wall came to me because somehow stitching is like marking off the days: it corresponds to doing time. I also think the idea of hard men and soft furnishings is very good."  AA Gill 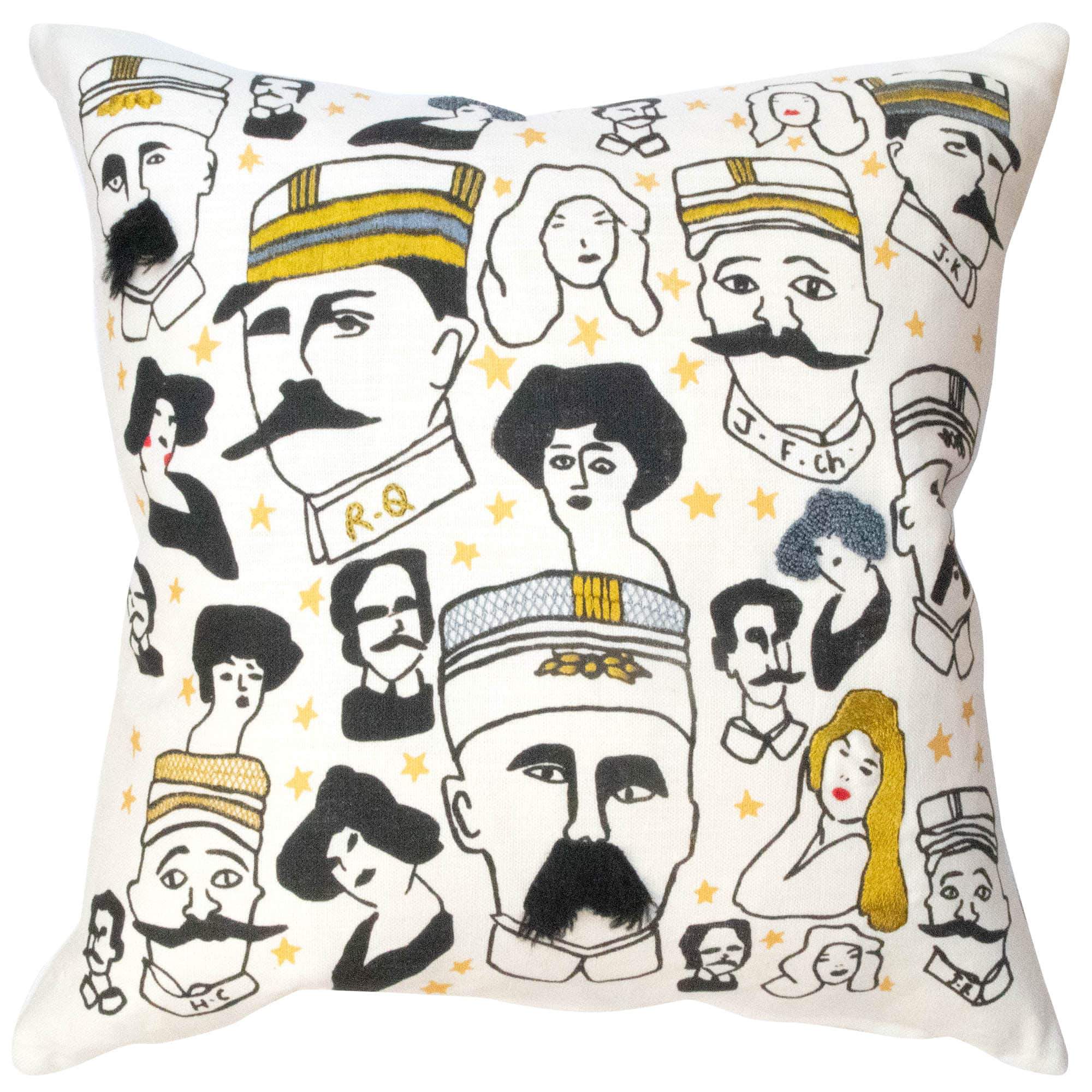 Can your cushions be personalised for presents?

Yes, some of them can. Karen Nicol designed a 'Heart and Birds' cushion, for instance, which we can handstitch names on. We've also handstitched napkins for quite a few weddings. 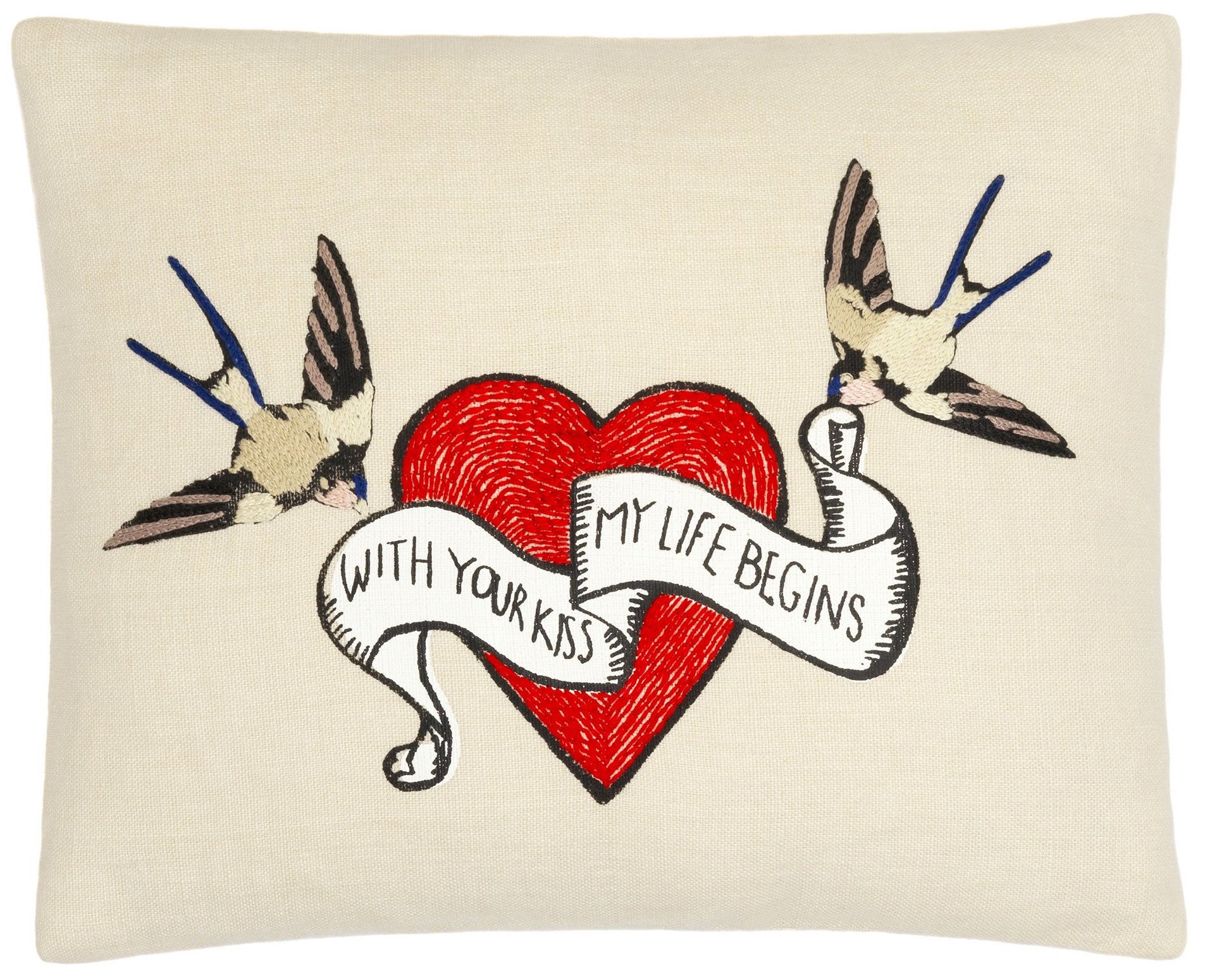 Do you take commissions?

Yes, and we love the challenge of being asked to design something new. We've done footstools, lampshades, doorstops, tapestry carpets, lots of things. If you want to give someone a truly unique present, please get in touch.

A backgammon board commissioned by a client. 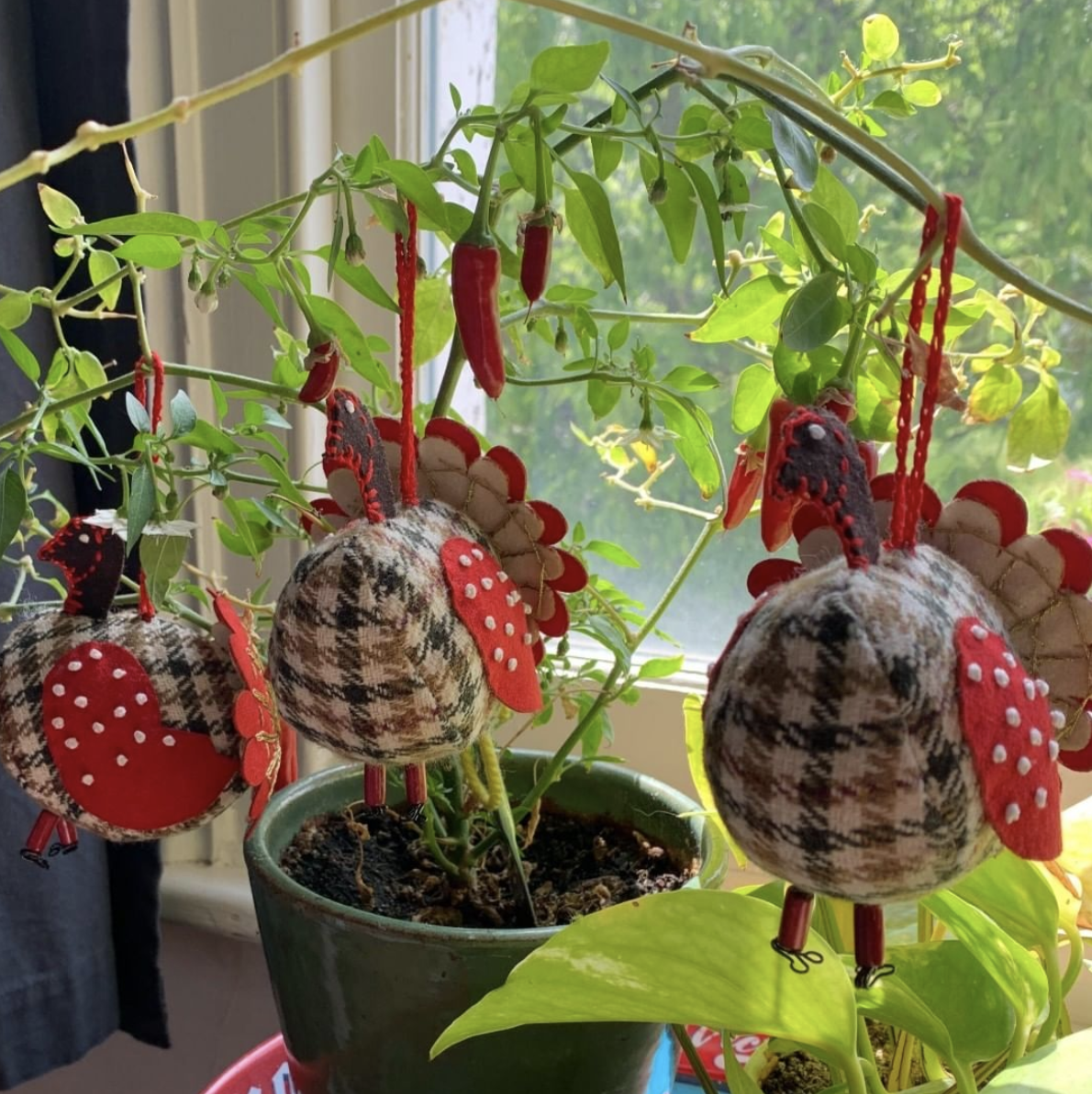 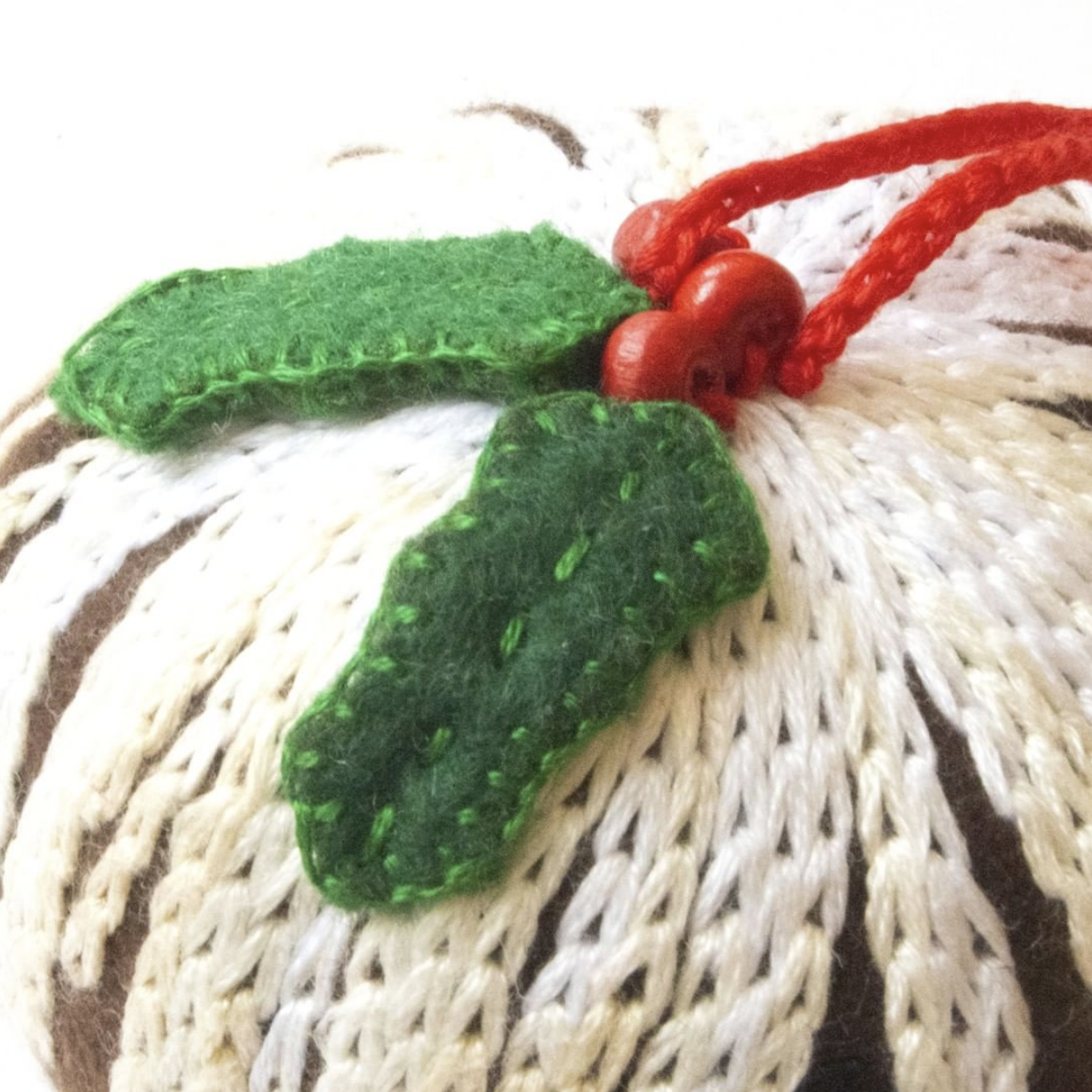 The best place is on our website, FineCellWork.co.uk, but we also have pop-up shops. Recent ones have been in Pimlico and South Molton Street and our next one will be next door to Pentreath & Hall on Rugby Street, Holborn from 12-24 October 2020..

If any of our readers are inspired to volunteer, what kinds of roles do you need to fill?

Anyone skilled at needlepoint who'd like to get involved in our prison teaching programme is always welcome. We also need people to mentor ex-offenders on release, and we need assistants in our pop-up shops. Head to finecellwork.co.uk/volunteer if you're interested.

What is a Bulletin?

The Jenks&Co Bulletin is an email highlighting the most recent profile interviews on Jenks&Co, and it also has details of any competitions we're running, special offers, and other news.

We send our Bulletins at irregular intervals, when we've got something interesting to say. So if you haven't opted in yet, give it a try!